The Best Vegan Mac and Cheese Recipe (With a Secret Ingredient!)

The Best Vegan Mac and Cheese Recipe (With a Secret Ingredient!) 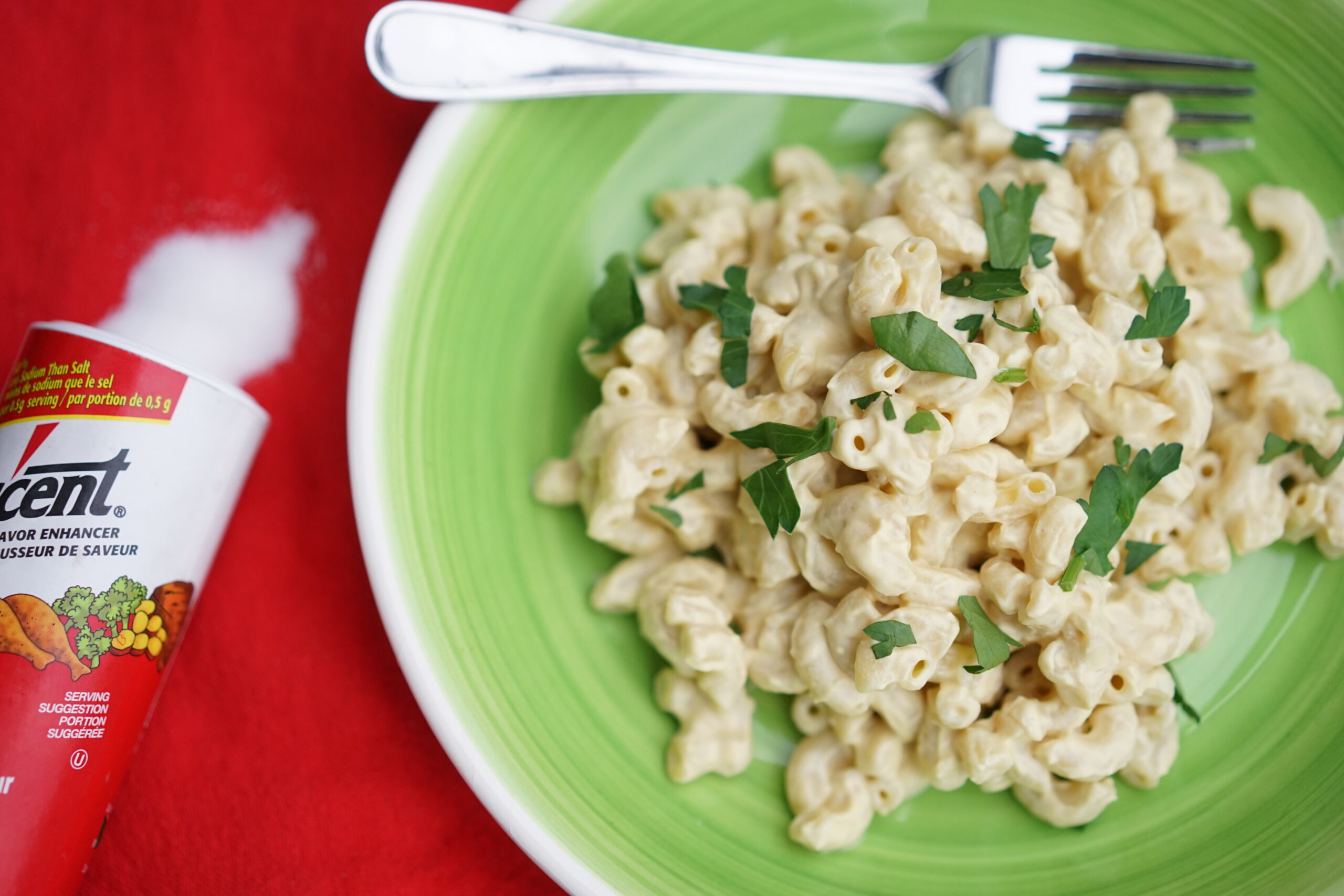 I love vegan food, but the one thing that I haven’t found yet is a good vegan mac and cheese recipe.

I’m sorry, but even if the cheese is smooth, it somehow just doesn’t taste right. In the past, when I’ve tried to make it, I usually end up putting a ton of nutritional yeast in there to give it some umami…the ‘fifth flavor’ and that oomph that normal mac and cheese gets from the cheese. The problem is that the nutritional yeast is just never enough.

GIVE ME MORE UMAMI!!!

I’ve finally found the solution, and it doesn’t involve an entire bag of nutritional yeast!

Monosodium glutamate adds dimension and umami to many foods, but it’s a particularly good addition to plant-based foods that may not inherently contain umami.

Now, I know you might be thinking that MSG is toxic, or poison, or something that gives people headaches. I totally get it, because I used to think that, too.

Turns out though, that’s all just a myth. A crazy, somewhat racist myth. Let me explain.

In 1968, a doctor named Ho Man Kwok wrote a letter to the New England Journal of Medicine, describing symptoms he had after eating at a Chinese restaurant. He reportedly experienced heart palpitations, weakness, and numbness and believed that it could have been from a number of ingredients including sodium, alcohol from the cooking wine, or MSG. This letter created the idea that MSG may be associated with such symptoms, and the ‘Chinese Restaurant Syndrome’ myth was born.

It’s important to mention that 1968 was a time when many things relating to Asian culture were considered to be ‘exotic’ and possibly unclean. It was a totally disgusting, untrue belief and thankfully we know better now, but at the time, this added fuel to the MSG fire. Chinese food became synonymous with a ‘lower-quality’ cuisine that needed a flavour booster. Suddenly, people started experiencing ‘symptoms’ after eating at Chinese restaurants, and blaming them on MSG.

MSG has been blamed for a whole host of things, include brain damage (uh, NO).

In reality, over the past 30 years, multiple studies have failed to replicateany of the commonly shared symptoms. MSG is totally safe to consume. It even has some taste and health benefits, such as a lower sodium level and a different taste profile than salt.

Some people may be reacting to histaminesin their food and mistake that for a MSG reaction. Histamines are present in black bean paste, soy sauce, shrimp, and tofu. And people can have sensitivities to many different kinds of foods, but it’s important to note that MSG is not an allergen, and sensitivities to the ingredient are extremely rare.

MSG is simply glutamate bound together with a sodium ion. It’s made by fermenting starch or sugar from sugar beets, sugar cane, or molasses derived from corn.

Glutamate is one of the most abundant amino acids in our body, and it’s readily available in the food we eat. If you’ve ever eaten tomatoes, parmesan cheese, mushrooms, soy sauce, and yes – nutritional yeast, among others.

If you’ve ever eaten Doritos, ranch dressing, sour cream and onion chips, or soup from a can, you’ve eaten MSG.

The average person eats around 13 grams of glutamate inherent in foods, and 0.55 grams of added glutamate in the form of MSG, every day.

Inherent MSG and added MSG are metabolized the exact same way in the body, so whether it comes from your tomatoes or your Ac’cent shaker, it’s all the same. MSG is actually 66% lower in sodium than table salt, so it can be used to increase flavour but keeps sodium in check.

Aside from using it to add umami to vegan mac and cheese, I use it on steamed vegetables, in meat dishes like meatballs, and on popcorn. I put it on my kids’ food. I eat it myself.

For more information on MSG, go to whyusemsg.com

My vegan mac and cheese recipe is a beautiful alternative to one that contains dairy. This recipe contains healthy fats from the cashews, plus vegetables from the squash. Another option is to add kale or spinach to the pasta water to flash-cook it right before the pasta is done, then drain it all together and add the cheese. 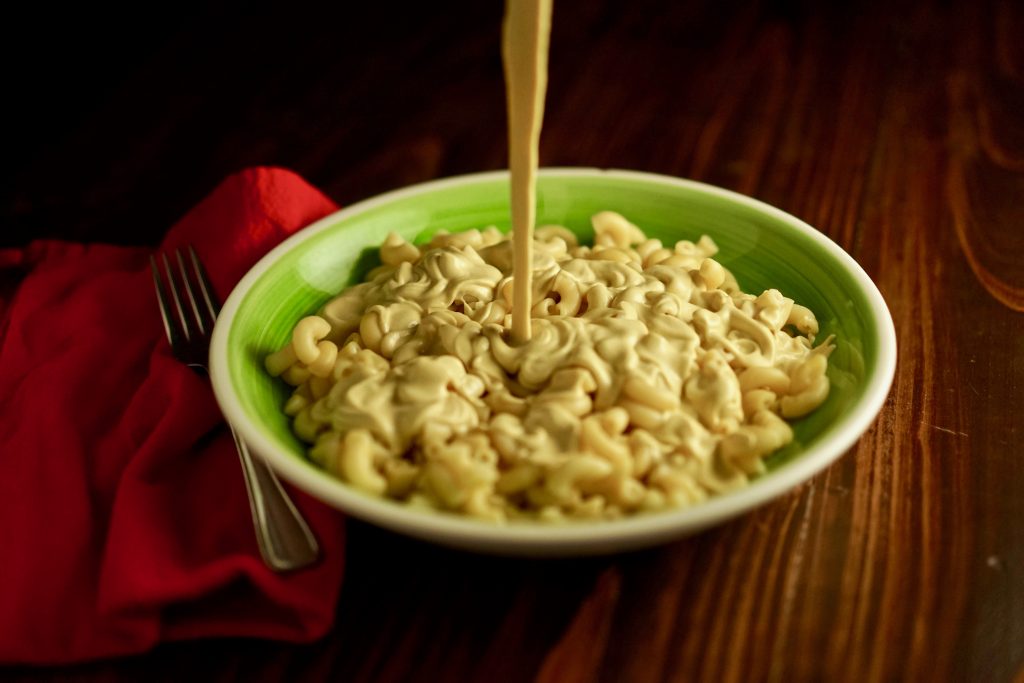 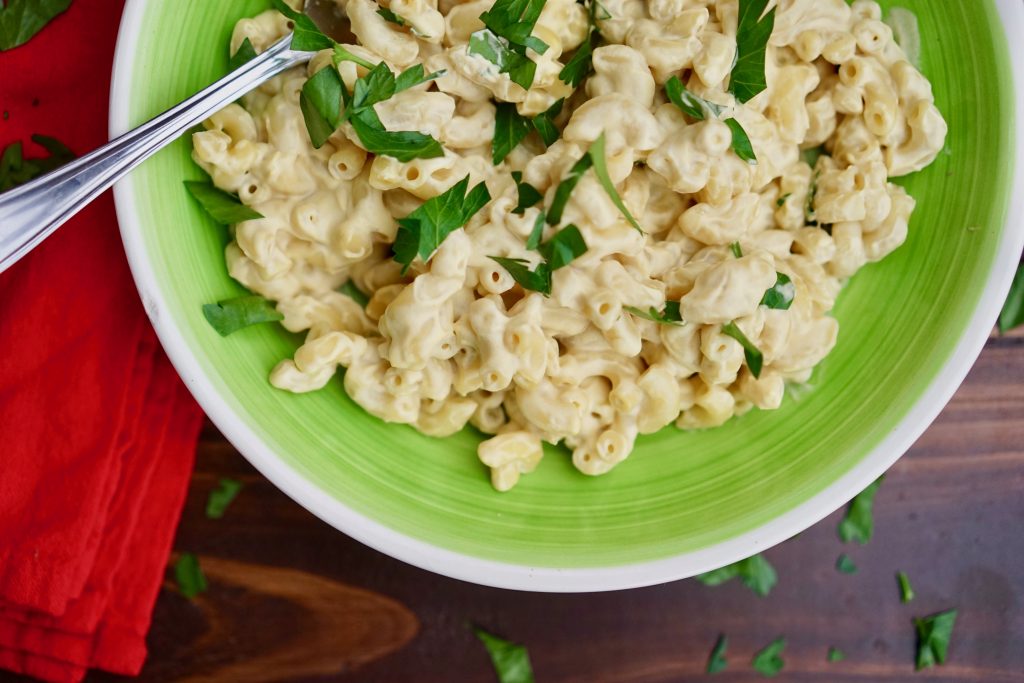 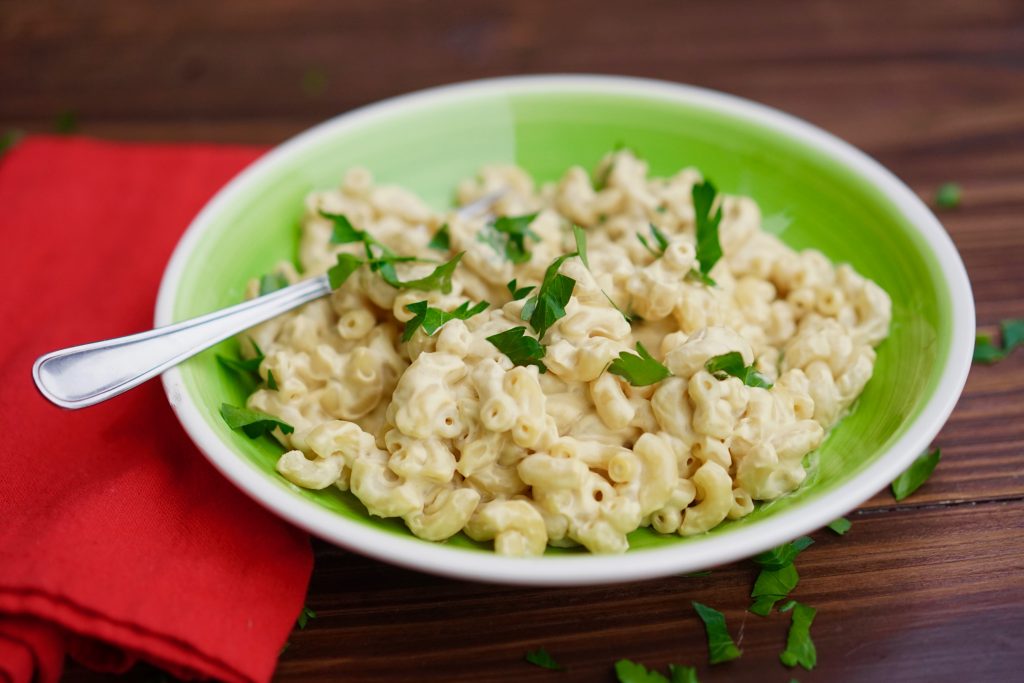 The entire recipe comes together really quickly once you roast the squash and boil the pasta. 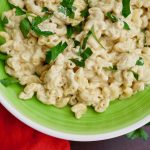 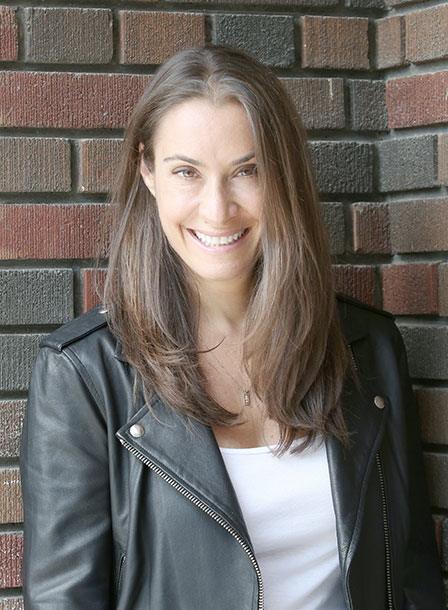 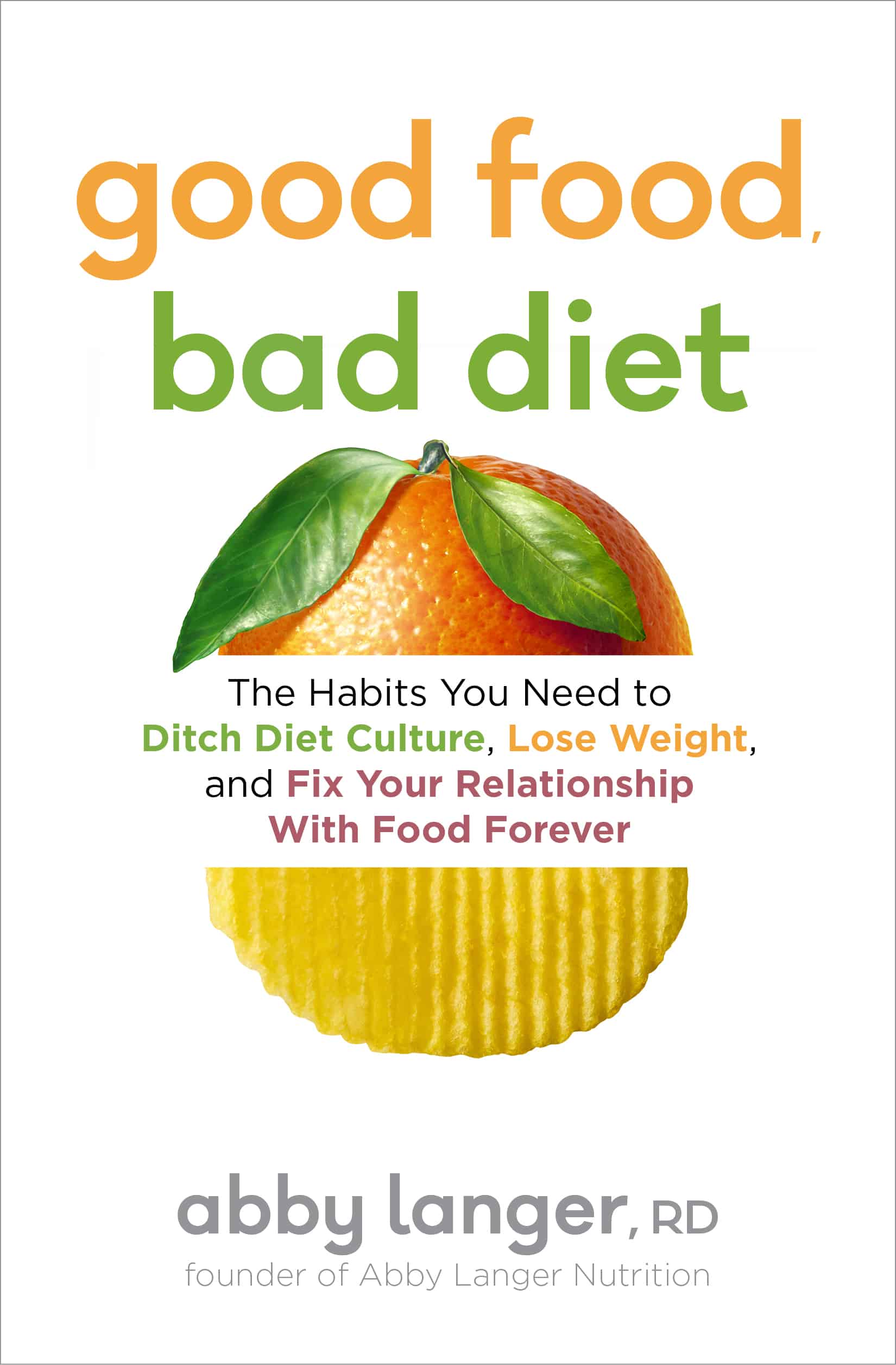