I used to make granola all the time, but I never got the chance to post this granola recipe. I’m glad I waited until now though, because I’ve managed to perfect it into something that you’re going to love.

I know it’s strange for me to throw shade on my own recipe, but I must, for your sake. Granola is like a nutrition myth all its own, because it’s frequently thought of as ‘health food’, but really it’s more like an indulgence. My granola has very few ingredients, and although it’s made with healthy ingredients, I’d still limit your serving to around 1/3 cup. I mean, it’s amazing on yogurt, or on fruit, or *ahem* by the handful, but it is calorie-rich. I can assure that my granola does TASTE better than other granolas, though! 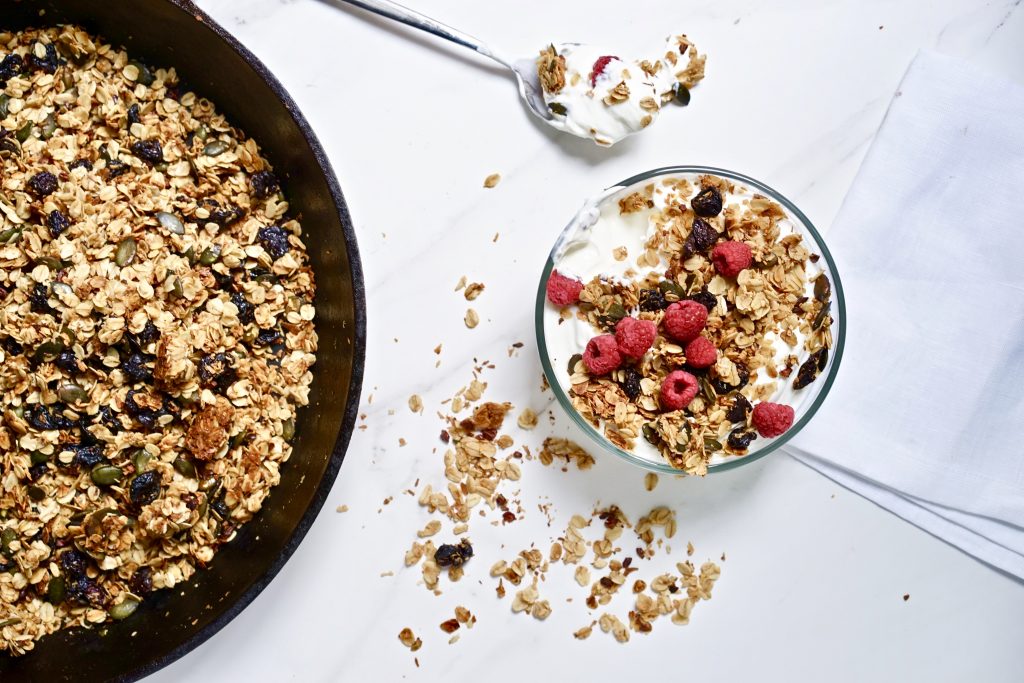 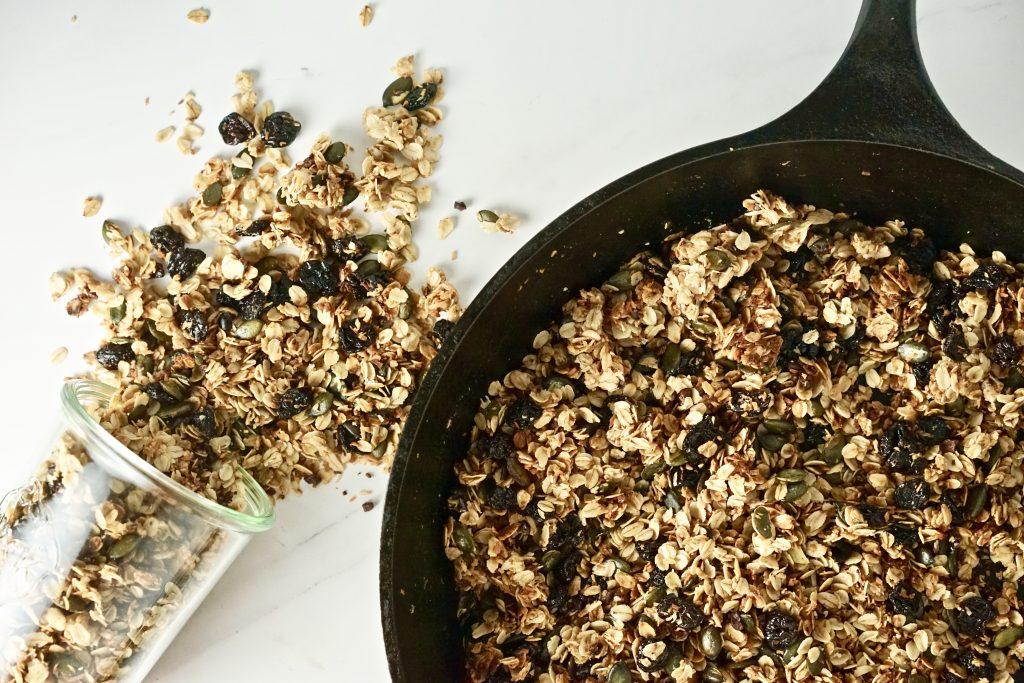 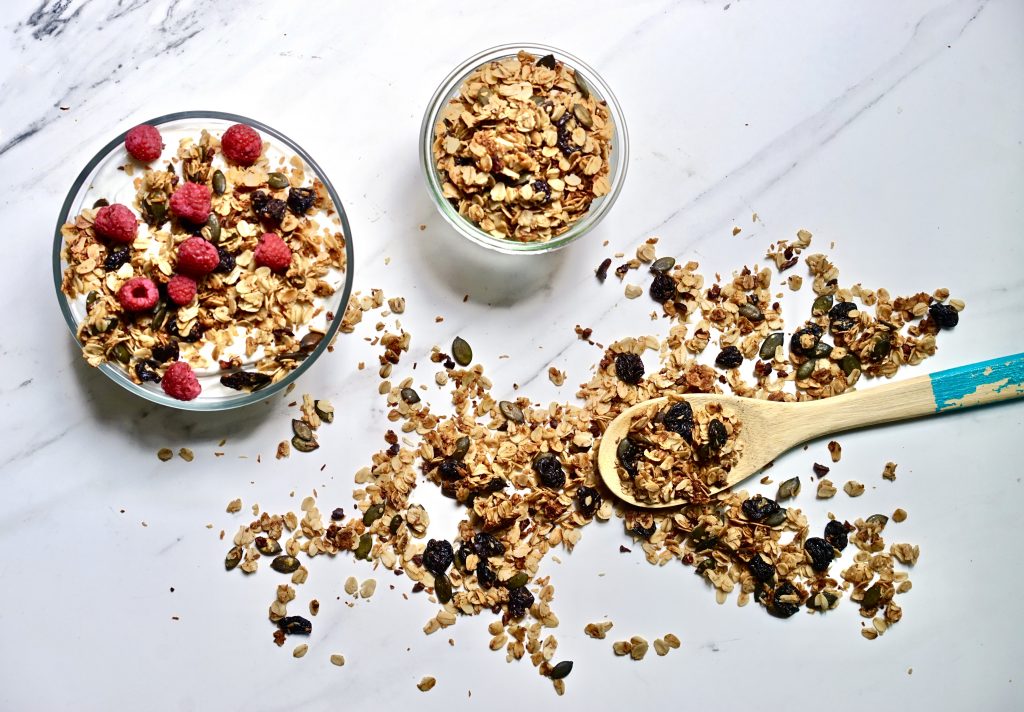 With cherries, pumpkin seeds, and cacao nibs, there’s a lot of nutrition in this granola recipe. It makes the ideal pre-sport snack or, a yummy breakfast on top of yogurt.

As you probably know, I am obsessed with my cast iron pan, and I figured it would be the best way to make this granola recipe. Cast iron goes from stovetop to oven, it heats completely and evenly, and by toasting the oats, seeds, and coconut on the stove in the pan, I felt like I had greater control than if I had done it in the oven. That stuff burns easily!

If you don’t have a cast iron pan, toast everything in the oven on a rimmed sheet pan, and bake the granola on the same pan. Easy. 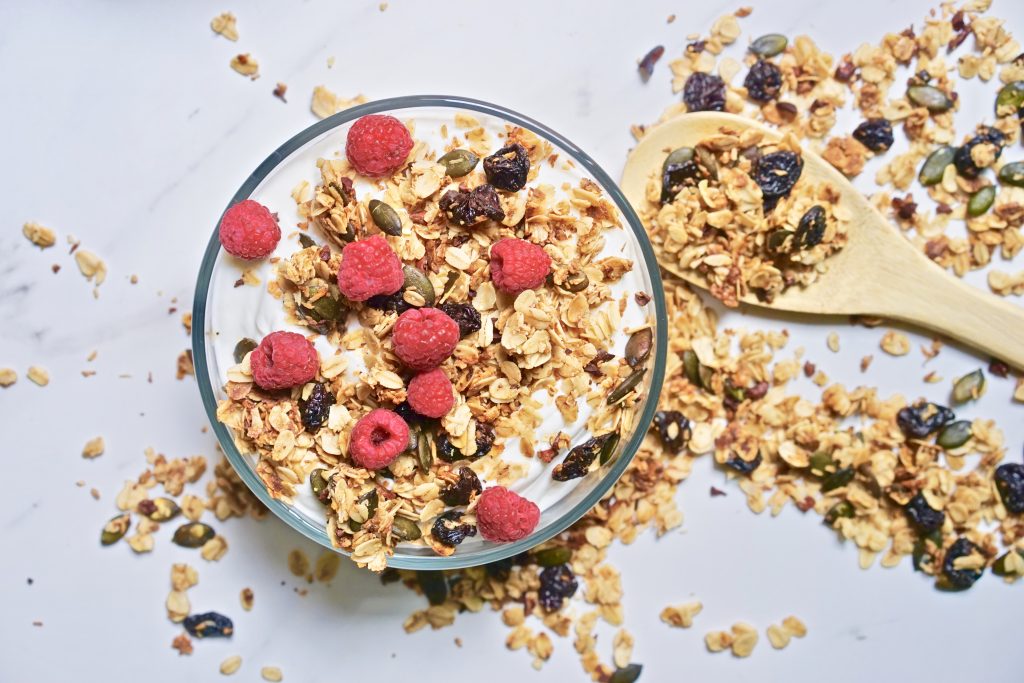 If you’re not into cherries, swap them out for another dried fruit. Same with the pumpkin seeds – this would be delish with walnuts, peanuts, whatever. And flax seed would be a fabulous addition as well – toss 1/4 cup in there along with all the other ingredients if you want.

This granola recipe makes an awesome hostess gift – just make up a batch, and gift it in a ribbon-tied mason jar. Give this to your host…you’ll be invited back next week. Promise. 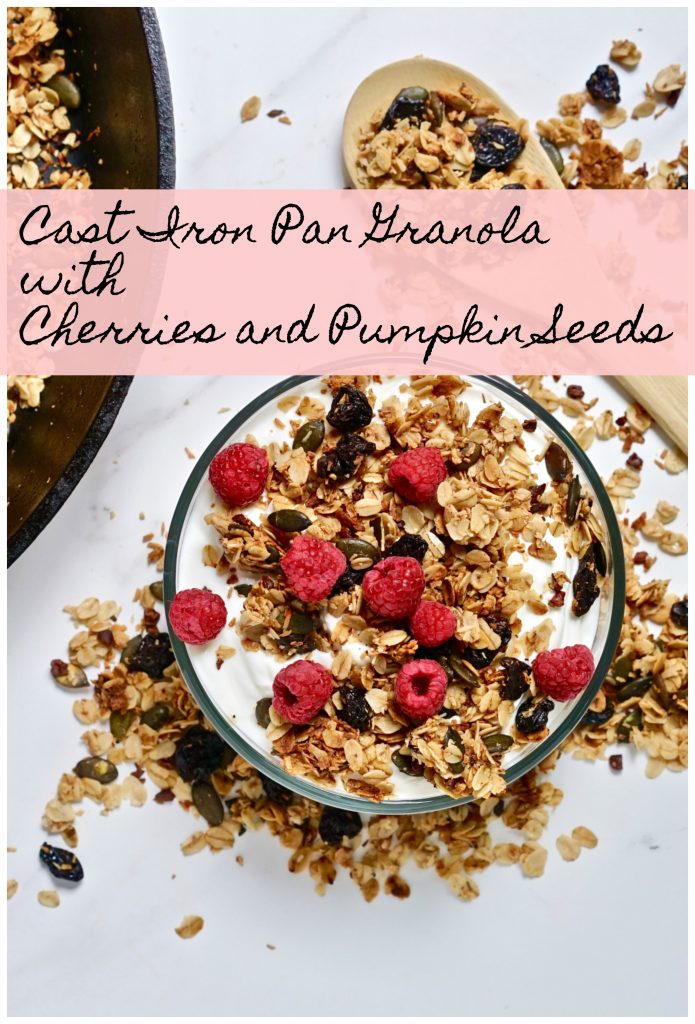 This deadly good granola is a snap to make in your cast iron pan! With cherries, pumpkin seeds, coconut, and cacao, it's packed with nutrition and taste.