This recipe originated from me looking at a really ripe pineapple in my kitchen and thinking, ‘I’ve got to do something with that pineapple!’. I was originally going to roast it and put it with some chia pudding, but I’ve got to be honest – I can’t stand chia anything, and chia pudding has sort of been done. I find it really bitter and the gelatinous nature of chia makes me want to gag. I have developed and published a chia pudding, but I think it’s time to explore different options.

Enter sorghum. Sorghum, which was sitting in my pantry, is a gluten-free ancient grain that’s perfect for a hearty breakfast pudding. While sorghum takes a bit of time to cook, it’s a lot higher in protein than rice (11g vs 2g in 3.5oz), and has twice the fiber of quinoa (6g vs 3g in 3.5oz).

Sorghum doesn’t get soft like rice, so if you’ve never eaten it, don’t expect that it’s going to have that squishy texture when it’s finished. It’s a really hearty grain that’s almost chewy when it’s cooked.

You can find sorghum anywhere that other grains are sold. Bob’s Red Mill makes it as well.

If you like a sweeter pudding, feel free to add another tablespoon of maple syrup to it while it’s cooking (or after). Just remember that the pineapple is super sweet after roasting. You can also eat this pudding on its own of course, or with fresh fruit/nuts whatever you want. 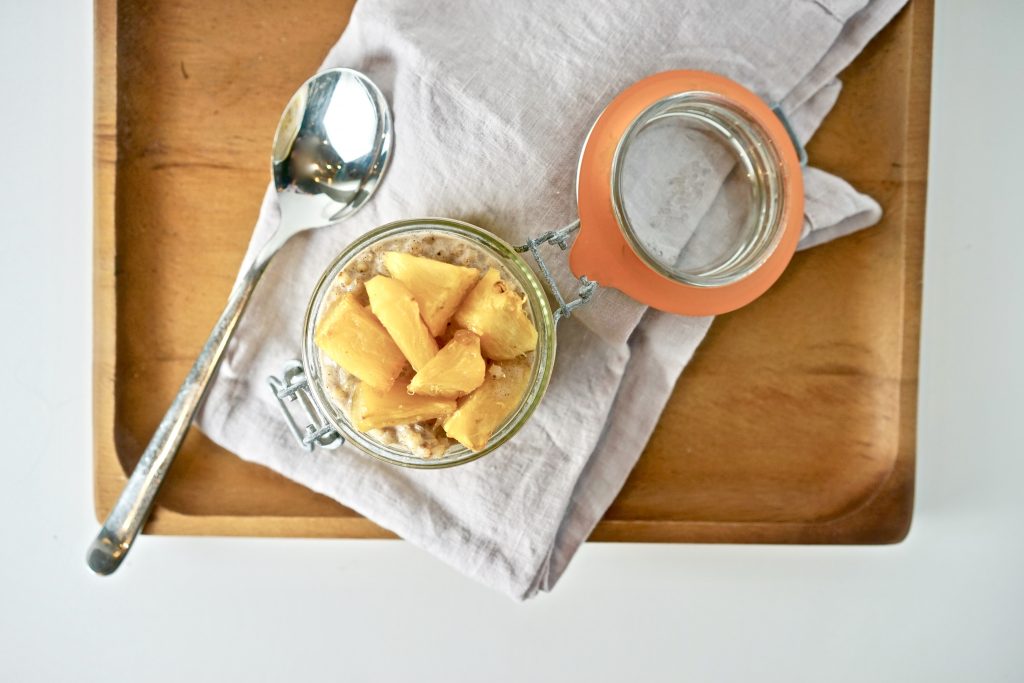 I figured that I would treat the sorghum like I would treat rice if I were making a rice pudding: to basically simmer it as long as I could until it becomes tender. I threw some sweetness and spices into the coconut milk and away we went. 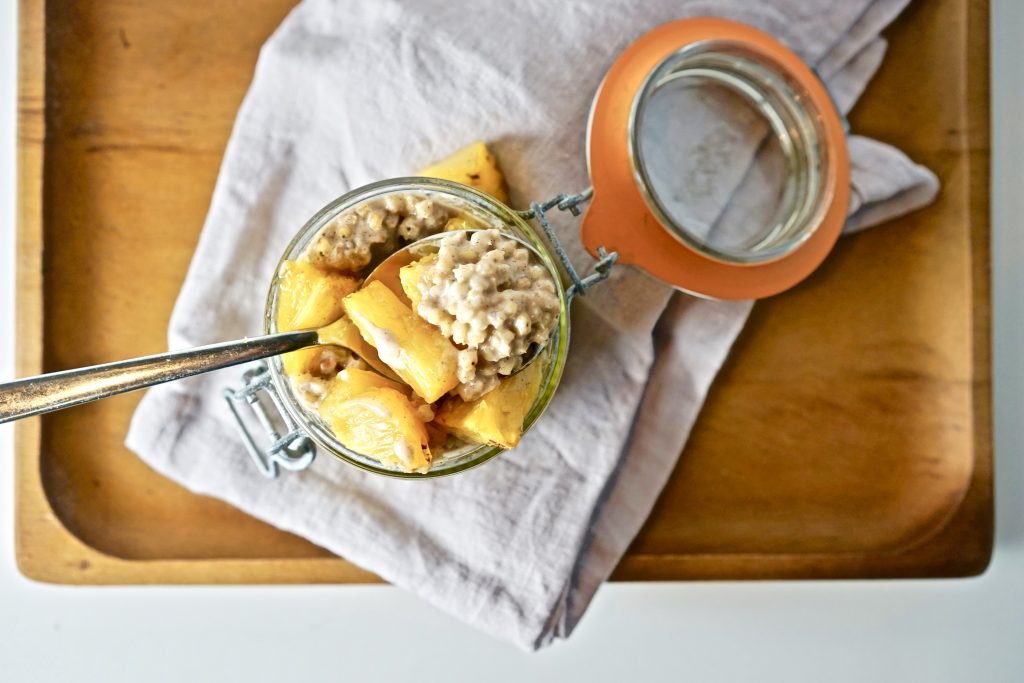 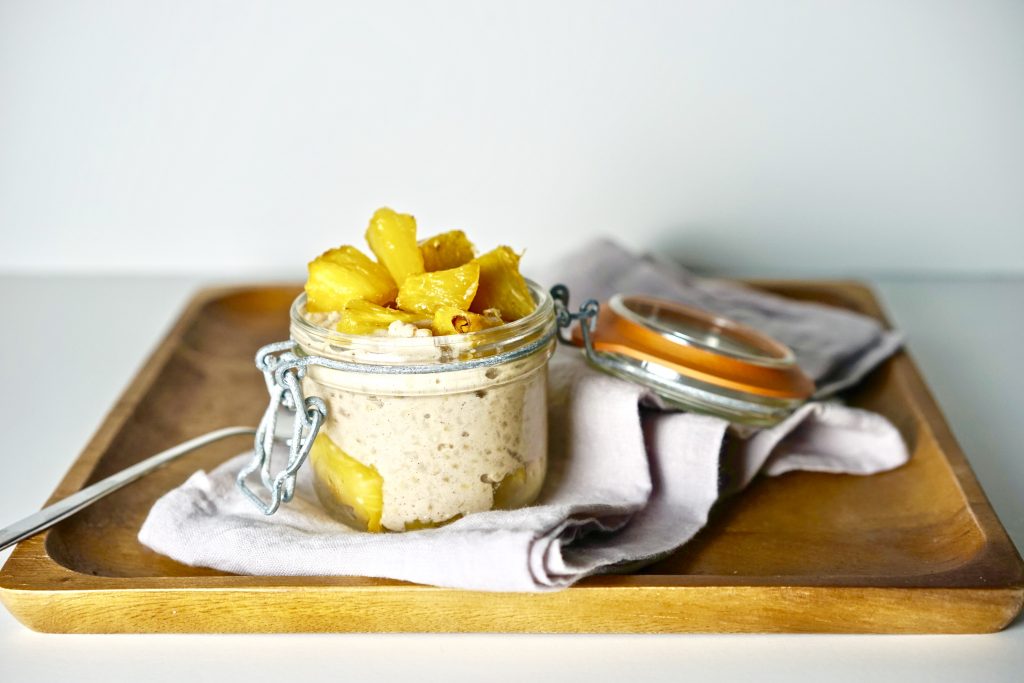 You can make the pineapple at the same time as the pudding, because they both take around an hour. Enjoy!

This sweet, creamy and chewy breakfast pudding is an updated take on chia pudding. It's a source of fiber and protein, and a fantastic way to start your day!