I love oatmeal, but let’s face it: it can get really boring after awhile. And while I’m not adverse to overnight oats (which I actually eat warm, because I think that cold oatmeal is gross), it’s nice to mix things up.

You need a new breakfast option, don’t you? We all do, so time for my new oatmeal recipe! 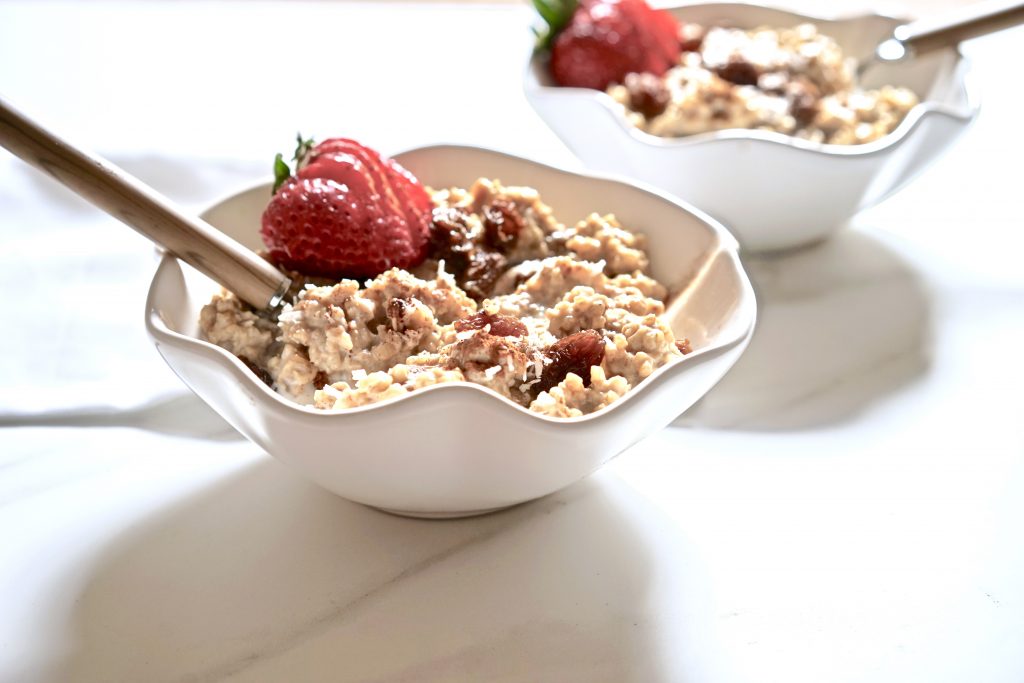 Chai is a really popular flavour, and with good reason. It’s warm, it’s delicious, and it’s complex. So complex, in fact, that I’m not going to ask you to actually make the spice in the recipe – I skip that in favour of using chai tea bags. Much easier, and I’m all about easy.

You’ll notice that this recipe has a big milk to oats ratio. That’s because I want you to cook these oats until they’re creamy. Steel cut oats have a great, chewy texture, but simmering them for longer (aka in more milk) gives them a delicious creaminess. Remember though that the mixture will thicken upon standing, so you can turn the stove off when they’re still runny. 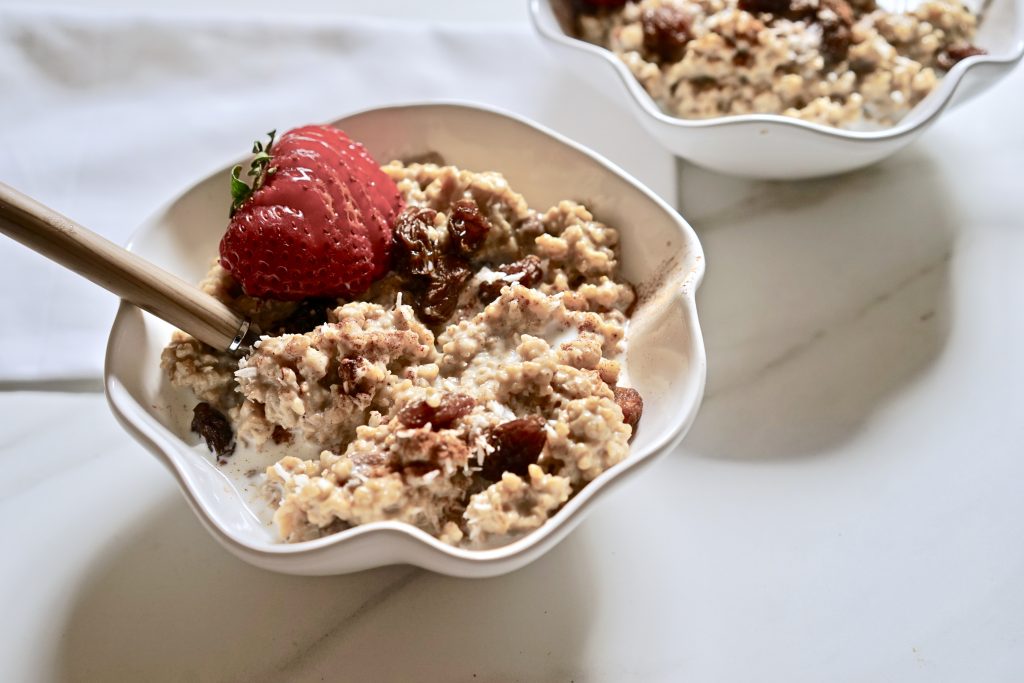 The milk in this recipe adds protein and fat, but if you’re not down with dairy, replace it with almond milk and throw some protein powder into the mix. Same with the butter – you can use coconut oil to finish the recipe instead.

Chai naturally partners with coconut, and oatmeal loves raisins – this is how I avoid sweetening the recipe! Of course, feel free to toss some brown sugar, maple syrup, or honey in there. 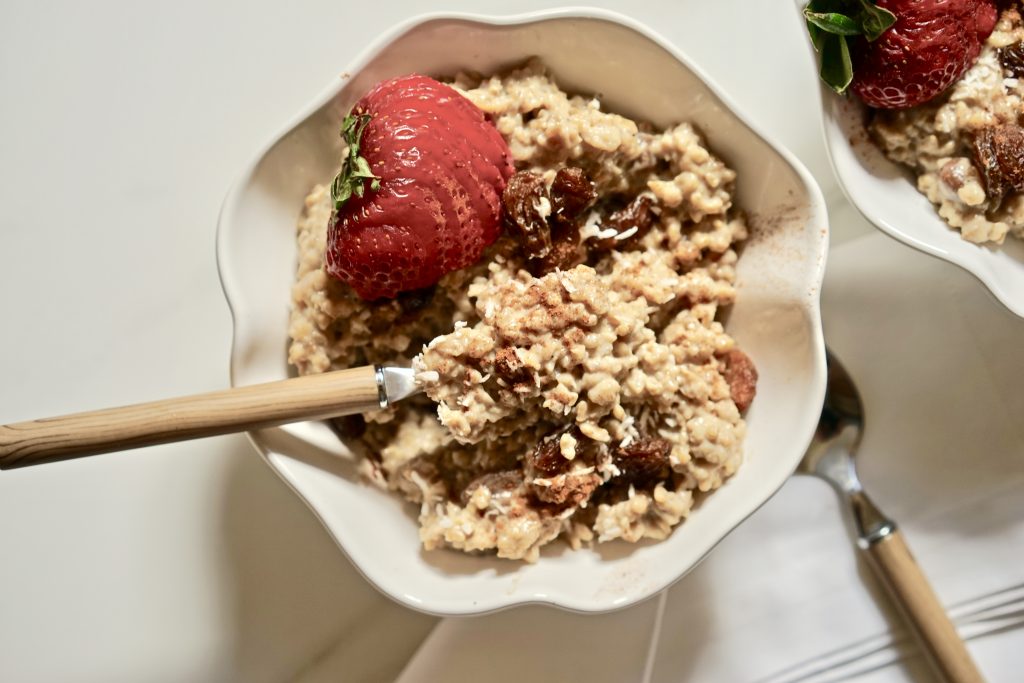 Full disclosure: this oatmeal recipe was going to have a brûlée crust on top. As much as I tried though, I couldn’t make it work without a blowtorch. And because I want to make my recipes as accessible to you guys as possible, I wouldn’t include a step that you need a blowtorch for. That’s because I’m assuming that very few of you actually own one.

If you hate coconut and/or raisins, just leave them out. I know raisins are highly polarizing!

This oatmeal recipe is anything but boring! Make a batch now, eat it for breakfast for days.

It's warm and soothing flavours will start your day right.