For this month’s Redux challenge, we were supposed to take a recipe from a fellow Redux-er and make it (or re-make it) ourselves.

Andrea D’Ambrosio from Dietetic Directions, and I partnered up to do eachother’s recipes. She did my chickpea flour pizza, and I did her rosemary and garlic roasted potatoes!

Andrea is a fantastic dietitian who’s a fellow Canadian. She’s super bright, innovative, and has delicious recipes that I love! Andrea is also similar to me  in her approach to nutrition – she’s easygoing and liberal – definitely not a Food Guide pusher!

Everyone loves roasted potatoes. They’re so easy to make and they are the perfect starchy side at any time of the year.

I can’t say anything negative about the potato in general. Even though a lot of people feel that they have to avoid potatoes, I think they couldn’t be more wrong. Potatoes are satisfying, inexpensive, and easy to make. They have a lot of vitamin C, B6, and potassium, and they give you long-lasting energy for all your activities. Yay potatoes!

I decided to put a bit of a twist on Andrea’s recipe because I had recently seen a recipe for shaken potatoes on Epicurious.

I was intrigued by the process of shaking the potatoes until they’re floury – usually you want to avoid making them like that – and then crisping them up. I decided to give Andrea’s potatoes the shake treatment. I changed the original Epicurious shake process, cooking my potatoes all the way through. I think mine look better. 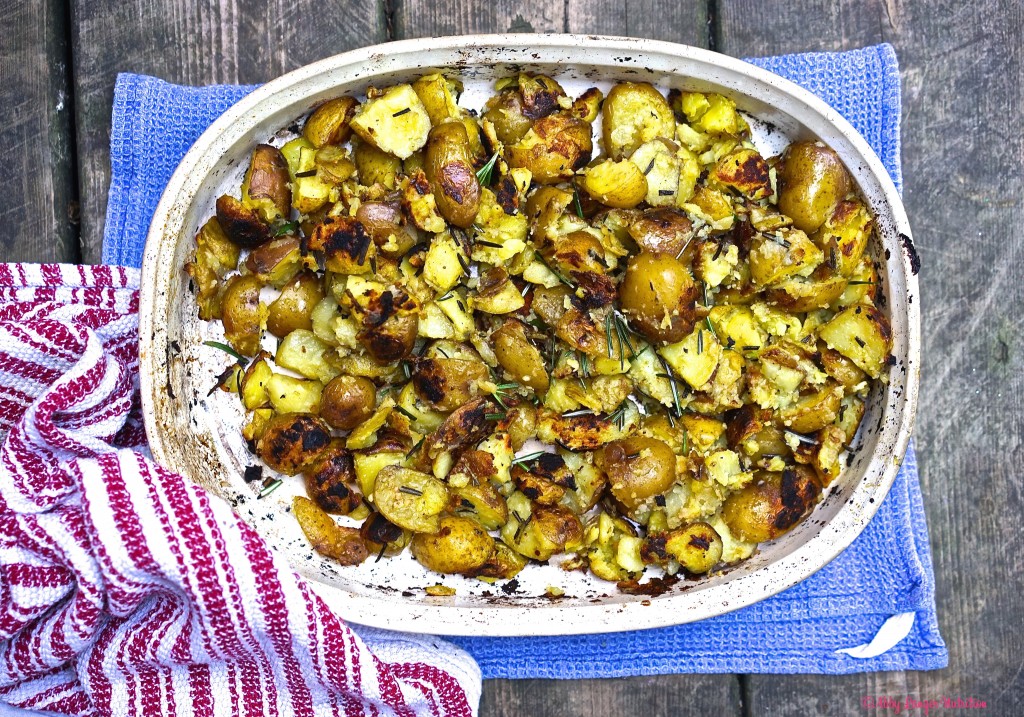 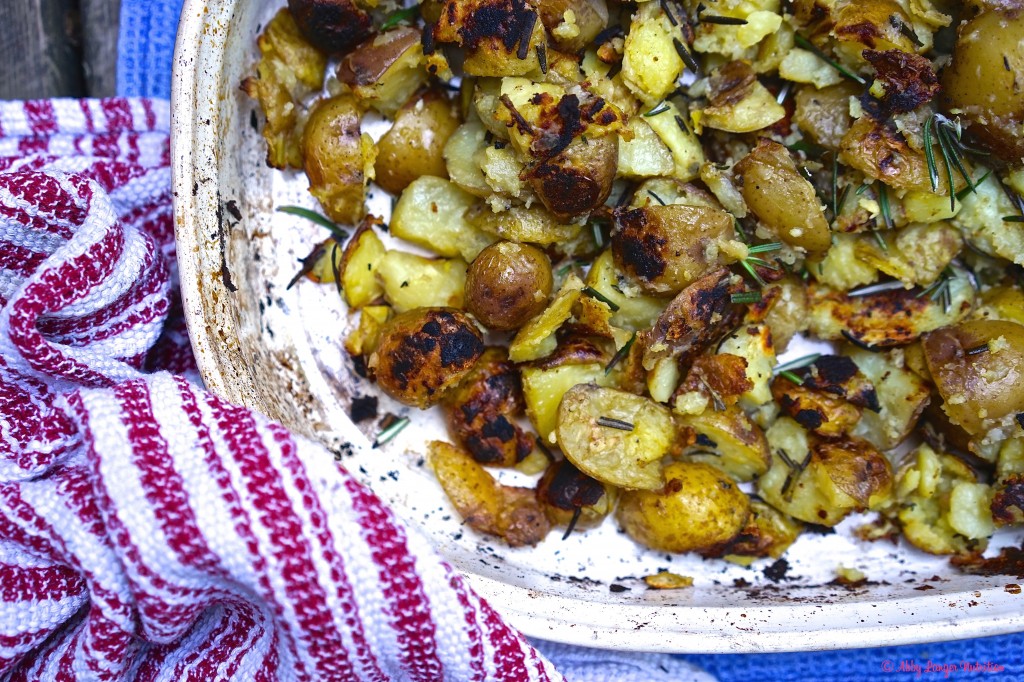 I was planning on doing these potatoes in the oven, but it was hotter than hell out on the day that I made them (Father’s Day, actually) so I did my entire meal, including the potatoes, on the BBQ. My husband The Critic, his mom, and I LOVED how they turned out, and so will you.

I used creamer potatoes for this recipe, and I didn’t peel them (obviously…that would be brutal). Creamer potatoes are – you guessed it – creamy, and the skins crisped beautifully and held them together where other potatoes would probably become more like mashed potatoes. Make no mistake about it though, these because soft and almost mashed, but also savory, crispy, garlicky, and just addictive.

If you’re into taking these potatoes to another, more indulgent level, I’d throw a hunk of butter on them when they’re ready to serve. Oh boy. 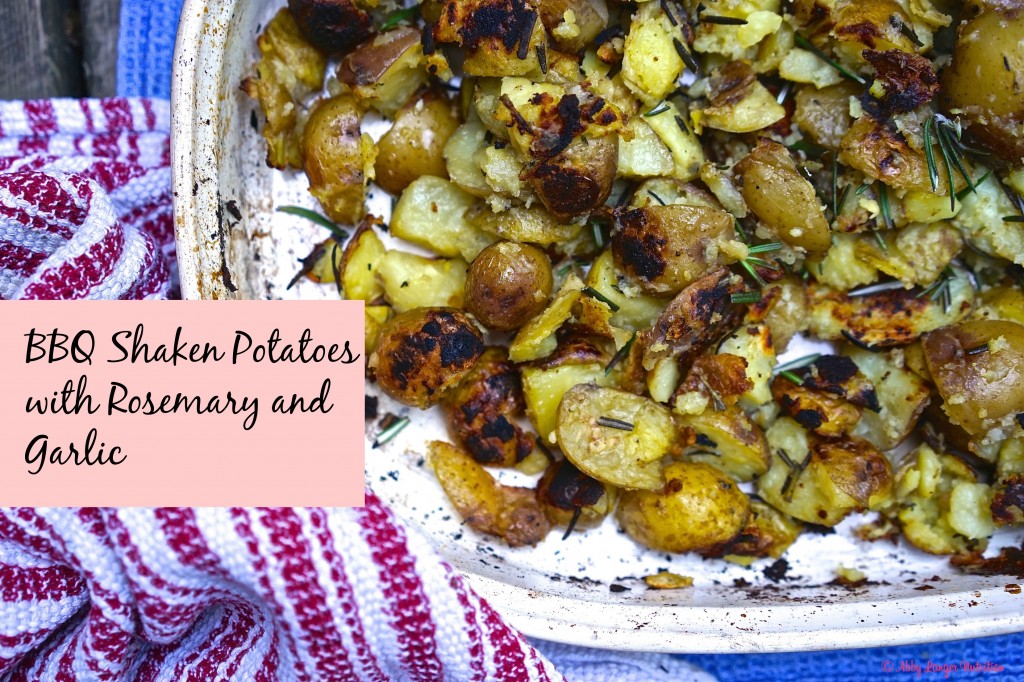